I remember the first day I met Mwale. He was just 3 years old. His story is such a tragic one and yet my abiding memory of this young man is his infectious smile. 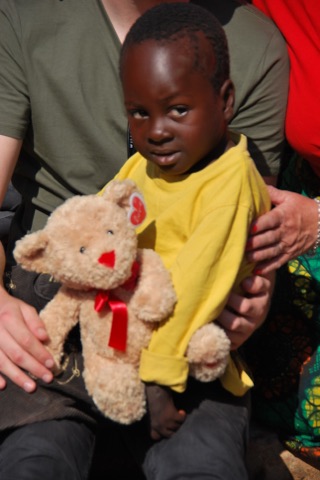 Mwale was the last born child of a family living in the Kankoyo district of Mufulira, Zambia. His older brother, Gideon, suffers from Hydrocephalus a condition where an excess amount of fluid gathers in the brain. He had a shunt fitted when he was born to drain the fluid but this had become blocked, with no money to seek further medical advice Gideon had to make do. Sadly this blocked shunt has now caused irreparable damage. Mwale also had a sister.

Their mother had tried to make ends meet by working as a houseworker for a family in the city but she had been let go and now had no source of income. The children’s father was not around, he had found himself another woman and left when things started to go south with the family.

In 2015 I had the pleasure of taking my good friend Joel to Zambia to see the work we were doing and the city we had called home for nearly 6 years. We were putting plans in place for our team trip the following year as well as doing some follow up reviews for the charity. We had also carried with us a wheelchair and some gifts for Mwale and his family. They had no idea we were going to turn up that day. We rolled down the dusty road with a whole load of children chasing after the car. After we asked them to give us some space we unloaded the wheelchair and gifts that we had brought.

We unfolded the wheelchair and sat Mwale in it and his ear to ear grin seemed to grow even wider. Suddenly he was able to go out and play with his friends, they would have to push him but he was able to explore beyond the square meter of yard he was sat in. We gave Gideon some art supplies as he loved to draw and paint and was very good at it. Their sister got some new clothes and hair bobbles.

As we headed back to the car both Joel and I were taken aback by just how grateful the family had been. Then as we were about to get in the car, the hedge started to rustle and out popped Gideon, he grabbed me and Joel, hugged us tight and said thank you. We were both moved to tears. 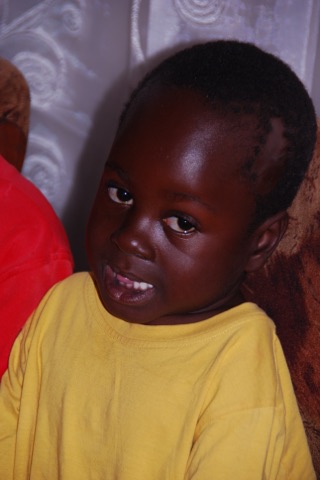 We left to continue the rest of our visits a little heavy-hearted. It was good that we had been able to drop off all these gifts for the family but at the same time, it felt like a drop in the ocean.

Thankfully we were able to find a sponsor for Gideon’s family and they are still supported to this day.

A year after Joel and I had visited it was time for #Dare2Dream. #Dare2Dream is the name given to our team projects. In 2016 I led a team of 22 to Mufulira, Zambia. On one of the days we were there we took some time out to go and visit Gideon, Mwale and the rest of the family, as some of the team sponsored the family at that time.

We were able to give them gifts once again and spend time with the family. It was a visit that we all really enjoyed. Everyone loved meeting the family and seeing Mwale’s infectious smile.

Later on in the year, November time I had the opportunity to go to Zambia again, this time with my Dad, Grandad and a friend of the family Terry. The trip was going to plan until a few days in. We received the message that Mwale had died. He had succumbed to malaria, a very dangerous, yet highly treatable disease, he was 4 years old.

Mwale had felt unwell and his mother took him to hospital, she had pushed him about 2.5 miles to get there. When they got there they told her that he had Malaria and prescribed him the appropriate drug. They then went home, that night Mwale took a turn for the worst. His mother rushed to the hospital the next morning but when she got there the receptionist told her that they had no record of Mwale being seen and so they would have to see him again in order to advise on the best course of action. By the time his mother returned home, got Mwale and returned to the hospital it was too late. He was struggling to breathe, the Doctors put him on oxygen but sadly this wasn’t enough.

We went to the funeral house to pay our respects, as I stood there thinking about the situation I couldn’t help but feel a strong pang of injustice. A young, smiley boy with his whole life ahead of him, taken so young.

I was given the opportunity to say a few words at the graveside, the hardest words I have ever prepared or delivered. I remember standing by the side of the small grave thinking, no grave should ever be this small, no coffin should be that short. Looking out to his mother who was dressed in black in the shade of a tree, no parent should have to go through the pain of losing a child, especially not at the age of 4.

Through the work of CiCA UK, we were able to cover some of the costs of the funeral as well as leave some money for the family to alleviate the immediate pressures.

Mwale’s brother, Gideon, and his family are still supported and sponsored to this day. Gideon continues to work on his art and recently donated two pieces to be auctioned, he said that he would like all the proceeds to go towards the work of CiCA UK. We see the family on most trips to Zambia and they are frequently visited by the team in Zambia, and despite the tragedies that have befallen them, they are doing well. 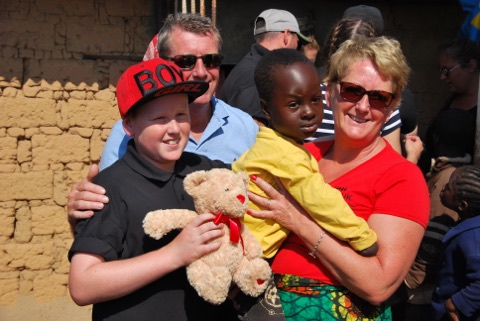 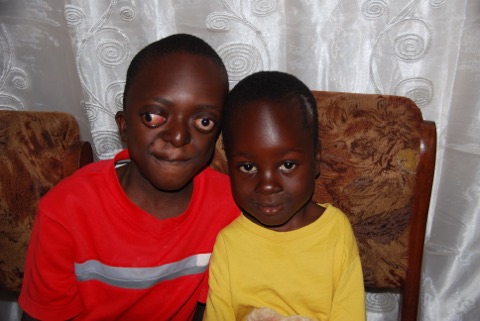